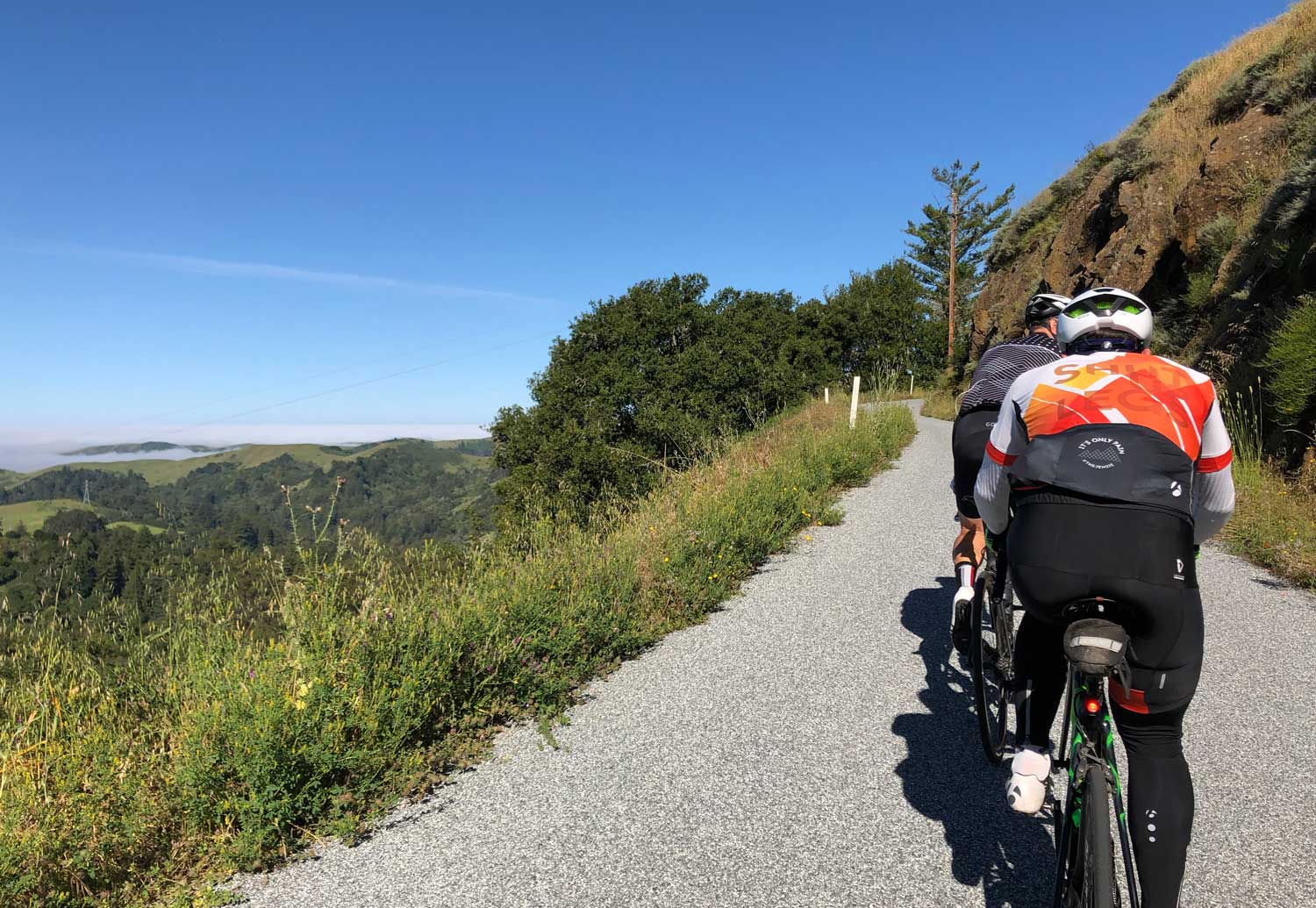 I wasn’t sure how I’d feel today, after Sunday’s Sequoia Century. I’d normally have quite a few more miles under my belt by now, but the combination of the 6 weeks off the bike for the pelvic fracture, plus the dreadful “Spring” weather we’ve had, has kept me from being in the shape I ought to be right now. On the other hand, I’m actually not doing all that badly. My climbing times are pretty similar to last year and, let’s face it, in your 60s, you can expect each new year to be a bit slower on the climbs than the last. And maybe that would have been the case, if not for some weight I shed during my time off the bike.

I’ll admit right up front, it was hard heading up the hill from my house. Jefferson was tough. But while neither I nor Kevin felt “fast”, I at least felt strong. How can you feel not-fast but strong? Tough to explain. Kind of like pre-installed fatigue as you begin, but it doesn’t really get worse as you continue. I remember that feeling from the way-back days, when I raced. In a multi-day stage race, the second day was pretty dreadful. Your legs felt like mush. But so did everyone else’s, and while it might have muted early attacks, you started feeling more normal as the race went on. And by the 3rd day things just settled into place, and the 4th day? You actually felt pretty darned strong that 4th day!

None of which really applies to today’s ride though. It might if I kept riding day after day after day, but not enough time to do that. At least not until I get to France (assuming I do; things are still a bit up in the air right now).

We did have company; George showed up, following the infamous “morning ride.” He rode with us at a civilized pace, although not much conversation because Kevin is still a bit off his game. A bit over 30 minutes up Kings, which, back in the day, would have meant I was seriously ill! But these days, it’s OK. But the best part of the ride? It was DRY on Skyline!!! No fog, no damp road. The effort I went to Saturday night cleaning our bikes… it didn’t all go to waste. I think the rain & drizzle is finally behind us.

And what’s in front? A warm weekend without leg warmers is what it looks like! I can deal with that. Suffering in the heat is something I know how to do.