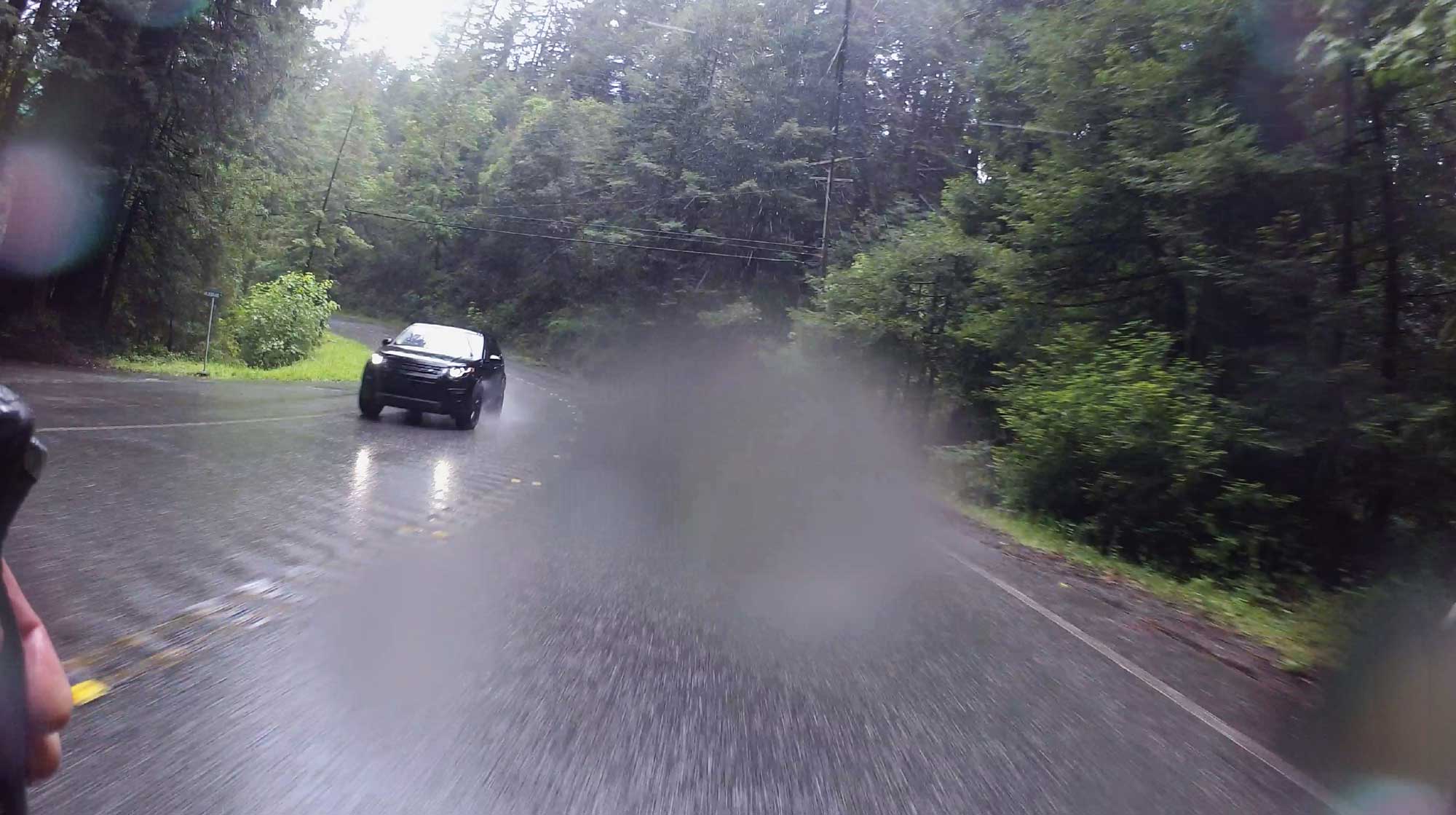 The assumption was that this was going to be a “rain ride” based on the forecasts, but this morning, the updated report said there’d be a hole in the weather from 11:30 to 4pm. Hey, I’m down with that! With the slight breeze the streets were drying off around the house so it even looked safe to take my nice bike (the Trek Emonda).

Nobody, I mean nobody, was out there. Canada Road was deserted, despite being 100% dry. OK, I saw two cyclists instead of 100 or so. Nobody at Roberts either. Two people on Mtn Home Road. The sun at this point had been out for a couple hours. Guess not everyone’s like me; planning their Sunday around their bike ride seems perfectly normal.

I took it easy up OLd LaHonda; I’ll pretend it’s because the wet road (once I started climbing) kept my speed down. Heading over West Old LaHonda the clouds didn’t look as friendly as the forecast had assured. But I had a plan, and the plan today was to ride up West Alpine. Felt a few random drops so I stopped where West Old LaHonda hits 84 and checked the latest weather report. Uh oh. At 1:23 it said “Thunderstorms ending at 2:15pm” in La Honda. Of course, I kept going. And just a mile or so out of Old LaHonda bam, heavy rain. And no rain jacket. Didn’t think I’d need one. But, I knew it was going to end soon, so I kept going, thinking I ought to be able to pick up the pace a bit to generate some heat and dry myself off. That’s what West Alpine’s for, right?

So, alone, I hit the flat part of West Alpine hard. Really hard. 8 seconds off my best-time-ever hard. I worried a bit that I might burn out before the climb, but at least I’d be dry, right? Funny thing is, when I hit the climb, I just kept going. I never burned out and ended up with my best time up West Alpine since August 2017. Probably could have gotten another 20 seconds better if I didn’t have to play it safe on the flat part at the top due to wet pavement.

Overall a pretty good ride. Could have done without the rain though.