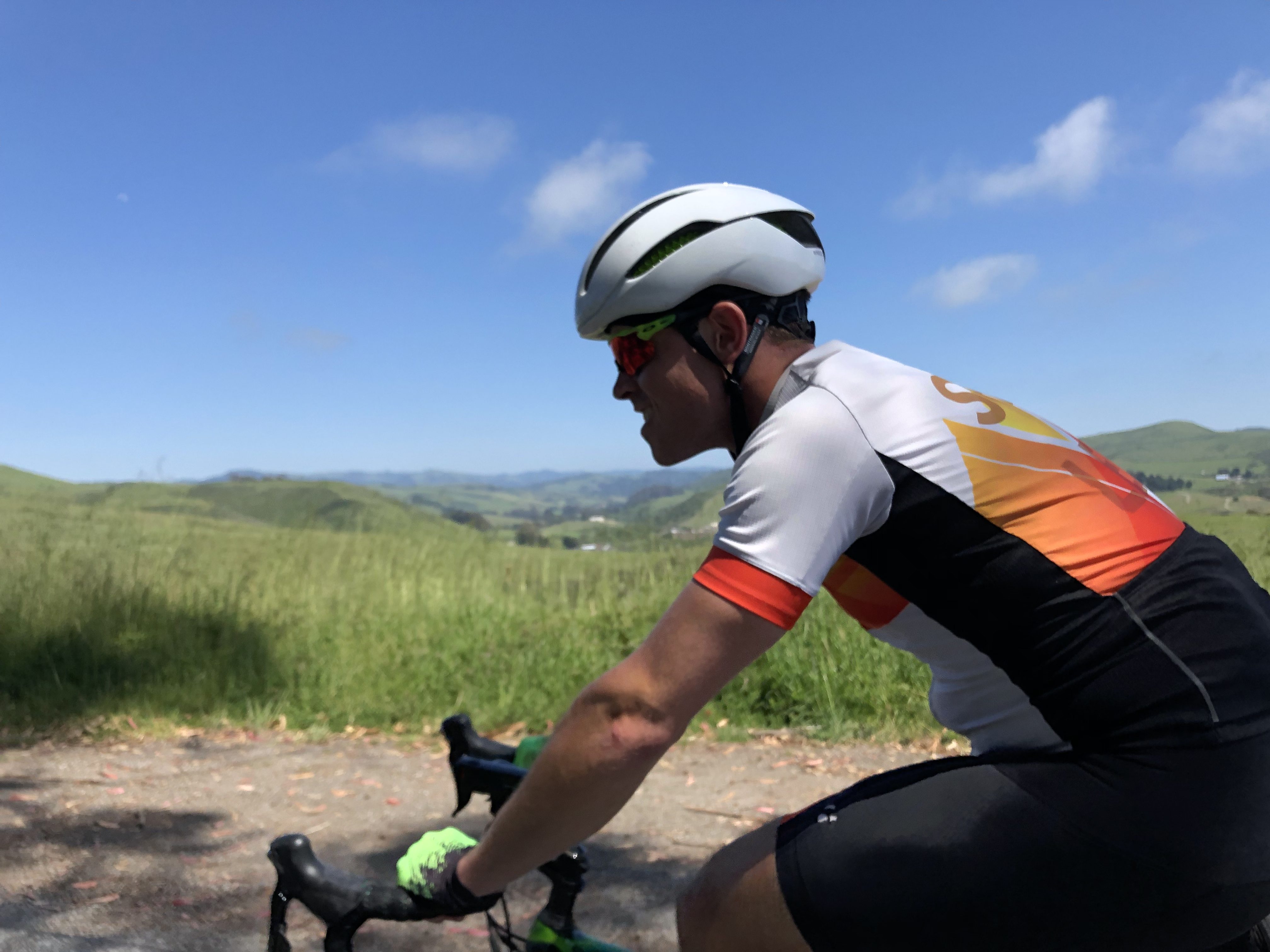 I didn’t feel that great starting out, and even climbing Old LaHonda I still felt like I wasn’t moving well, but the numbers told a different story. This was my fastest ride since August, actually second fastest time up Old LaHonnda for more than a year. Felt great to get that 1000 VAM monkey off my back too, although I didn’t know about that until I looked at the STRAVA data. (VAM refers to your rate of climb; how many meters of elevation you’d gain in an hour.)

Also got over 1000 VAM on Haskins, but that’s a lot easier to do since it’s half as long.

This was the usual Pescadero Tunitas ride, with a longer-than-normal stop in Pescadero due to the huge line for sandwiches. Mother’s Day crowd. 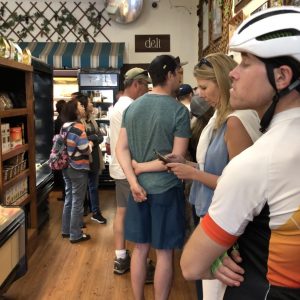 But no massive cookie for Kevin; he’s not a fan of the Cranberry & White Chocolate they had out today.

Stage Road featured the predictable headwinds, which predictably eased off as we started the first climb. Kevin looked surprisingly strong on the second Stage climb, the one he usually has trouble with, and for a bit I was thinking I’d be watching him fly on ahead. Nope. Something about that climb that doesn’t work for Kevin; he got into trouble the final 300 meters or so.

Tunitas? Kind of phoned it in. Not much left in our legs by then, but did have a chance to talk about Life, the Universe, and Everything.

Still had average weighted power of 195 watts for the entire ride, which doesn’t seem too far from normal right now.