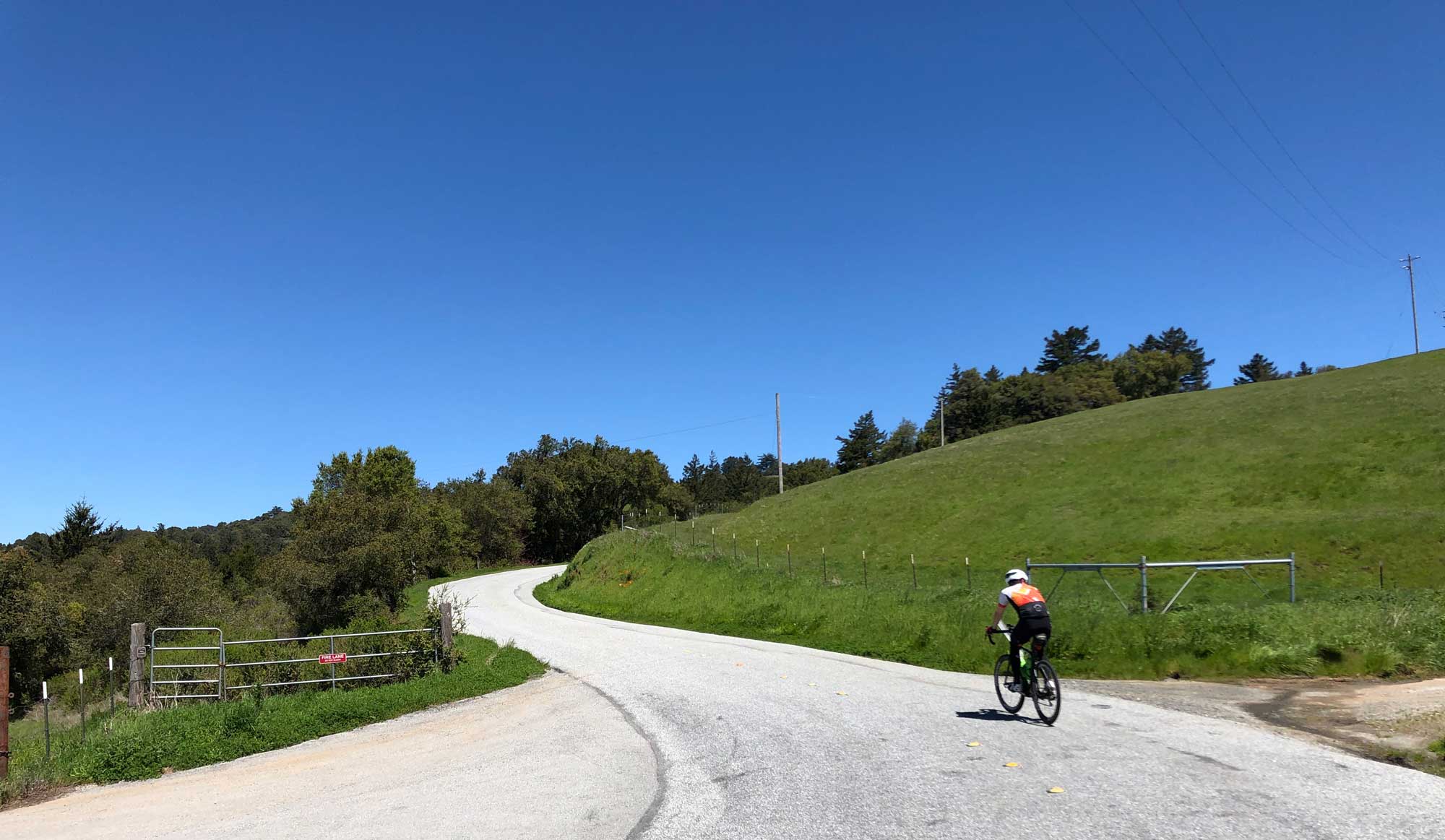 3 weeks into post-pelvic-fracture recovery and things seem OK. Normally we would have done the usual Pescadero/Tunitas loop, but opted instead of Kevin’s favorite ride, heading over the hill to LaHonda then back via West Alpine & Skyline.

My power is gradually coming back, giving me some hope that I could see benefit from the new, lighter version of me. Right now I’m climbing at pretty close to normal speed for this time of year. Heart rate’s still running a tad bit high, an indication that the system is still a bit out of balance. Climbing Old LaHonda was more fun than usual, because there were a LOT of rabbits to chase. Must have been a couple of organized rides. Scary thing, though, was towards the beginning I passed a guy on an e-bike. And it’s like, oh no, rule #1, never, ever pass someone you can’t stay in front of. And this guy’s on an e-bike. Fortunately I think he was riding with one of the groups and not trying to show off. Still, it did keep the pressure on me for a while.

Kevin went flying off at the start though, and I didn’t see him again until the top. He ended up with a 19:27, about four minutes faster than me. Still a bit slower than his 18:38 back in 2012, but if he’d ride just a bit more, he’d be back in the same range with little trouble.

West Alpine was its usual self, just a bit steeper than I like but just right for Kevin. This time Kevin stayed with me though, riding casually and enjoying the views. And… the Flanders flag is back!

We did have to add an extra loop towards the end of the ride, just to make sure we’d end up with at least 43 miles so I’d finally hit my 120 mile weekly target. Ended up with 121.3, so mission accomplished.