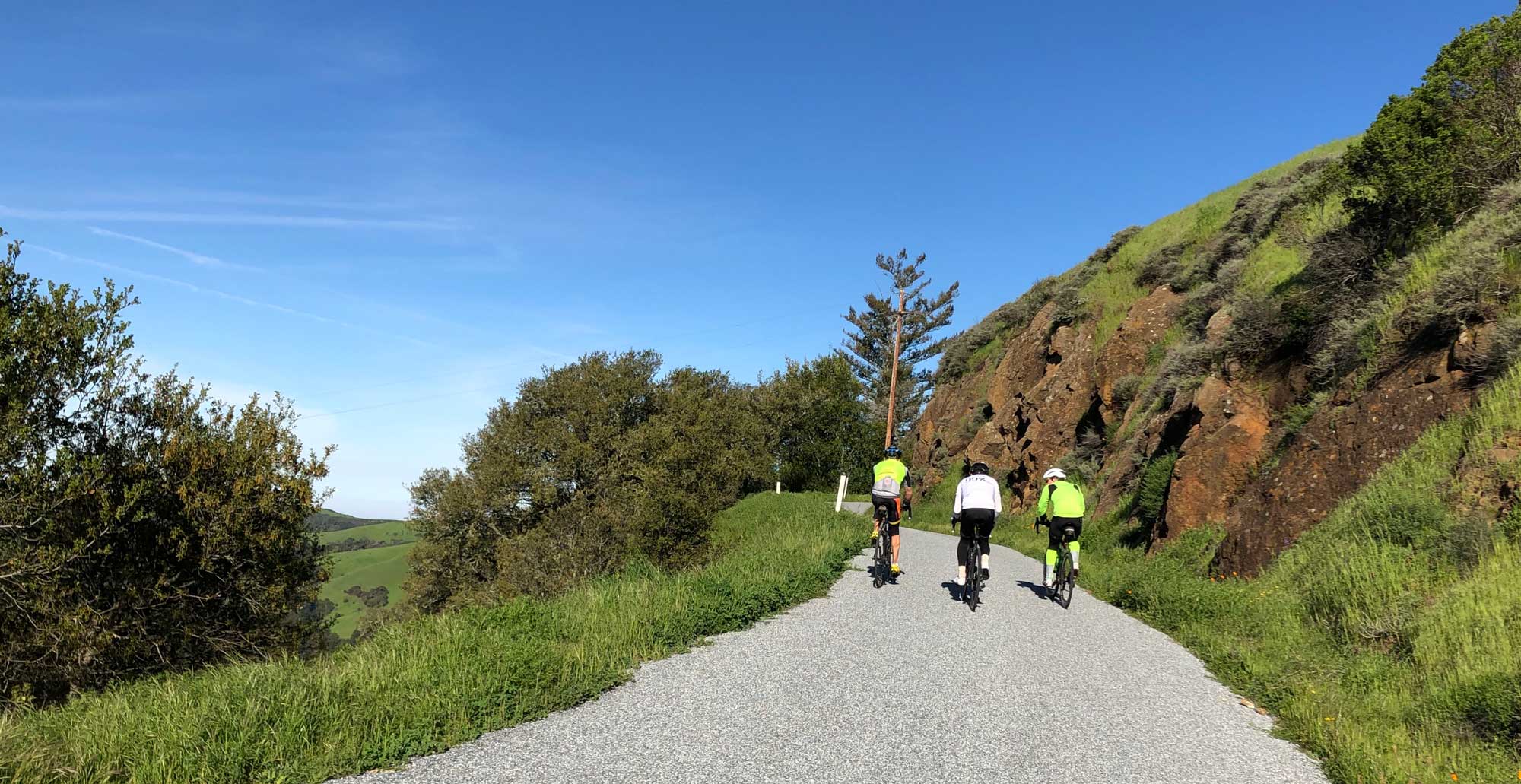 First, really nice to finally have a day with no fog, no drizzle, and almost-entirely dry roads! Second, nice to finally feel like a got a decent amount of sleep the night before. Third, nice to have more than just myself and Kevin on the ride. And finally, nice to be able to put in a half-way decent effort. It was also my first post-pelvic-fracture ride without a wonky max heart rate. No jumping around this time.

Kevin, Kevin, George & Karen with me this morning. Heading up through the park, I pretended I could push myself a bit, and found it was easier to pretend than I thought. Not that it was easy at all, in real life, but I was able to keep the pedals turning and managed a faster ride up through the park than Tuesday’s ride straight up Kings. Average watts were only 232, but with a weight about 10 pounds lower than normal, the same time would have required 246 watts at the higher weight. Obviously my challenge is going to be to try and keep my weight down as I regain strength. The analytic cycling site says that, for the same amount of power, a change in weight of 10 pounds (bike+rider) will equal a difference of 69 seconds.

And I’ll say it again, it was so nice not dealing with wet roads. And being able to deliver a little bit of power now & then. And feel, the rest of the day, like I’d pushed myself just a bit harder than I have for some time. How long a time? Have to go all the way back to October for a faster time up Kings. Not that any of my times this past year have been fast.

If you’re wondering about West Old LaHonda, yes, we rode it, climbing over the barriers to get to Skyline. Unfortunately there isn’t a safe alternative to get back up to Skyline after descending 84, due to a number of blind corners where the hillside has removed all traces of a shoulder. So far, the missing piece of road is no different than the first time I saw it, in early February.

With any luck this will be the first week I meet my 120 mile weekly goal.