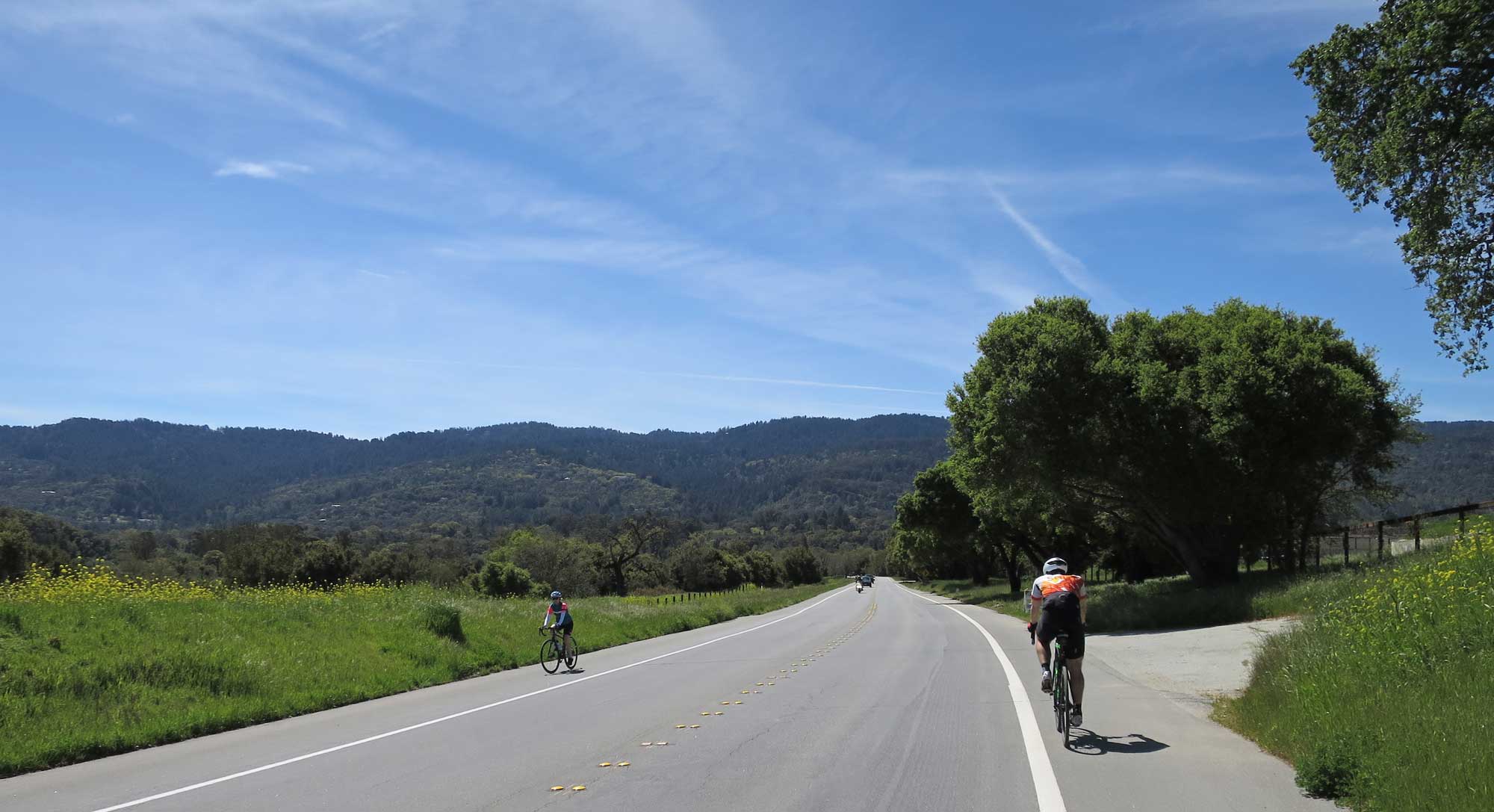 It will be 6 weeks this Tuesday morning since Kevin and I crashed on black ice, putting my cycling on ice and doing a real number on my sanity. The ortho doc said 6 weeks off the bike, period. A couple weeks ago I asked for updated x-rays to see if that could be shortened a bit, but no, he said things looked just as expected, everything right on plan. Just not MY plan.

I gave an update to the doc a few days ago, pointing out my capabilities (can get around without crutches, climbing stairs normally, etc), reminded him of what a nice day it was going to be Sunday, and asked if I could have my sentence reduced by 3 days. HE SAID YES!!!

Not wanting to risk a setback, I planned a flattish route where I could draft Kevin as much as possible, keeping the watts relatively low. The minimum ride would be “the loop” and, if I was up to it, extending the southern end to Los Altos. I told Kevin he needed to keep the watts down a bit, because I didn’t know what would happen if I tried to push things. Not just from the standpoint of recovering from the injury, but also because it’s a virtual certainly I’d be in terrible shape. The Garmin was confirming my lack of shape, giving me an initial fitness score of -4 I think? No wonder; in the past six weeks my weight drifted up slightly to 173 and since then dropped to 161.5. Especially the past two weeks I haven’t felt like eating much and have been pretty anxious.

That weight thing. On the one hand, it’s been a long-time dream to get my weight down to where it presently is. The problem? This isn’t a “real” weight loss. Most likely muscle that’s missing, and I need that! We’ll see how it plays out over the next few weeks.

Getting back to the ride, Strava clearly shows how much out-of-shape I was, assigning sky-high “effort” numbers despite pretty low wattage. Which means my heart rate was much higher than it normally would be. In fact, my heart rate was tracking effort in an overly-reactive manner. Nevertheless I felt like I could develop a bit of power when needed. Peaked at 675 watts. Average was pretty low (148 watts) but truthfully, that’s still higher than expected. Had coffee and food at the Peet’s near our former Los Altos location (which still hasn’t been rented, by the way) before heading back.

It’s good to be back.