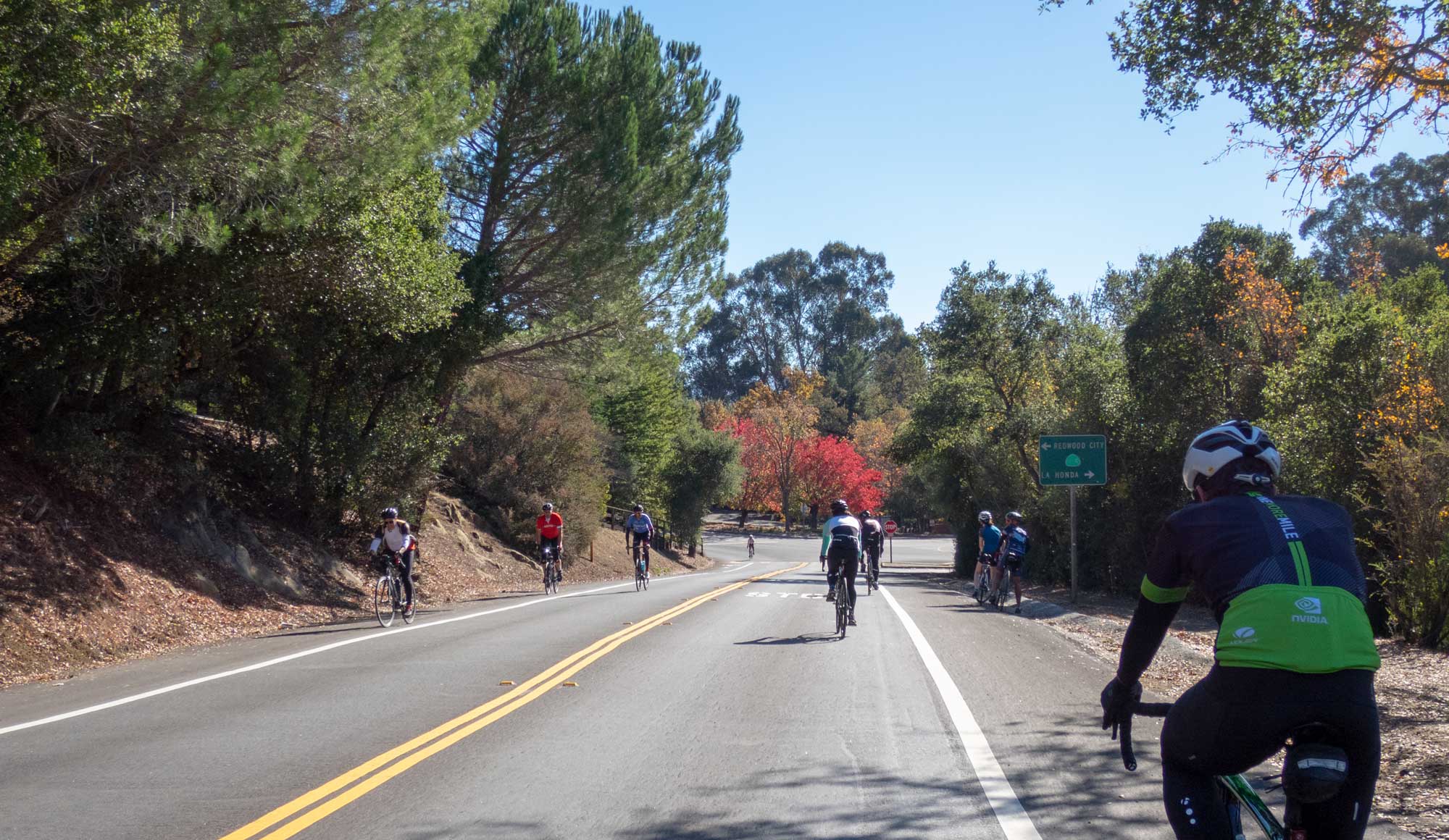 After the smoke, after the drizzle, after the extra-long hours preparing the Black Friday Week specials for the shop, well, it had been quite some time since there had been a “regular” bike ride. But today, finally, felt back to normal.

It took a bit to finish prepping the bikes after Thursday’s shortened Thanksgiving Day ride, the ride where we’d intended to head to the coast, but as it started to rain on West Old LaHonda, we turned tail and basically headed for home. Bikes were a bit of a mess; we hosed them off lightly at the time, and then this morning I cleaned and re-lubed the chains. Amazing how much nicer a bike rides with a clean chain! Nice enough that Kevin flew up Old LaHonda in something under 20 minutes (leaving me 4 minutes behind), and nice enough that I was feeling my usual “better” self once on Haskins. I was a bit concerned that somehow every bit of fitness had just completely gone away, but that wasn’t the case.

Pescadero Bakery wasn’t too crowded, and in fact, very, very few cars on the roads too. Funny how we just take for granted how nice the roads out to the coast are; if we come across a car a minute, it seems normal. That’s really pretty awesome.

Tunitas. Well, yes, Tunitas. It felt like we had gone faster than the 53 minutes Strava says. Truthfully, it felt more like a 49 if you ask me. But it wasn’t. Almost wish I hadn’t known that. I didn’t know it at the time, because my Garmin did something wonky after I installed what I hoped would be a pretty cool app that tells you wind direction and speed. I was also riding without power because my power meter battery died. So from a standpoint of the traditional ride metrics that detail the shape I’m in or how hard I was riding, I was kinda blind.

And yet, still, a very nice ride.