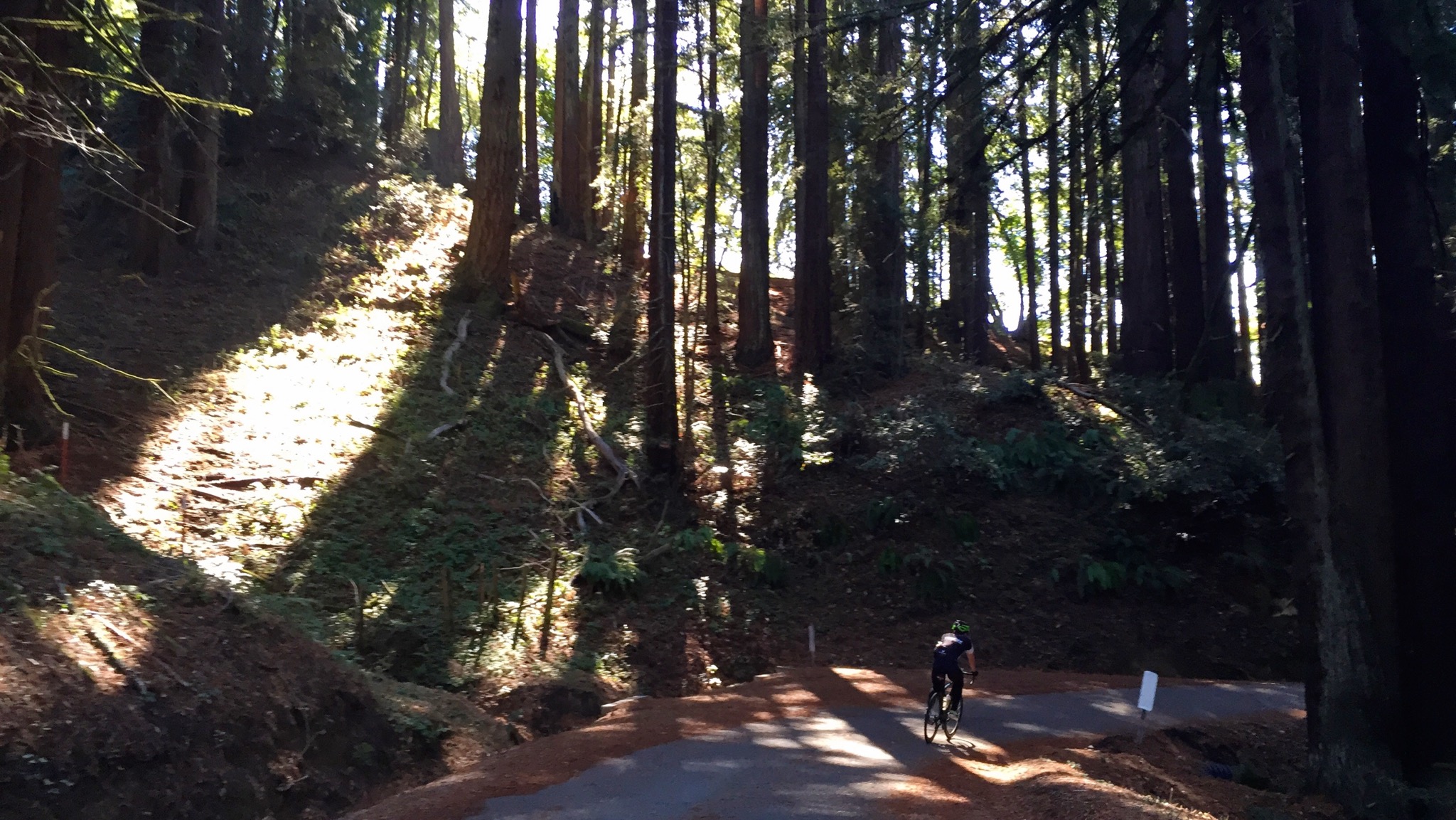 Haven’t seen so many bikes on the road in a long time, probably thinking not too many nice days left. And it was a nice day, maybe a bit cool but not cold (mid 50s-60s). I felt really good, Kevin not so much at first but he got into it as the ride went on. A few kidney stone pains but I got his mind off them by asking questions about WWII. That’s his thing; he’s fascinated by WWII military history, especially tank battles.

Old LaHonda went by pretty slowly, Haskins not much better, but he started putting the hammer down on the run into Pescadero. That’s a bit different!

To change things up a bit we headed back via 84 instead of Tunitas, taking advantage of the tailwind. In the end, a very nice ride.